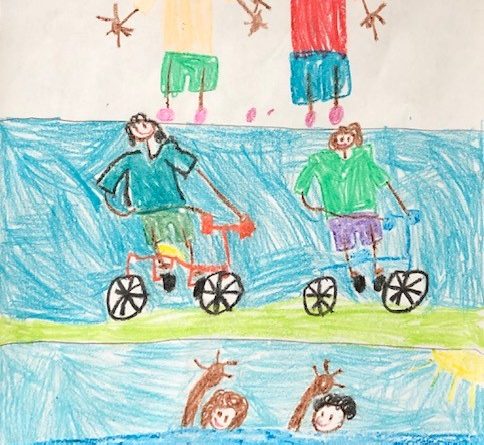 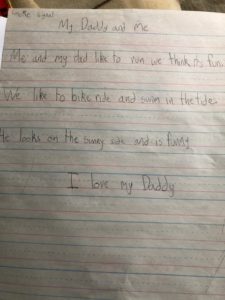 Me and my dad like to run, we think its fun.

We like to bike ride and swim in the tide.

He looks on the sunny side and is funny

I love my Daddy 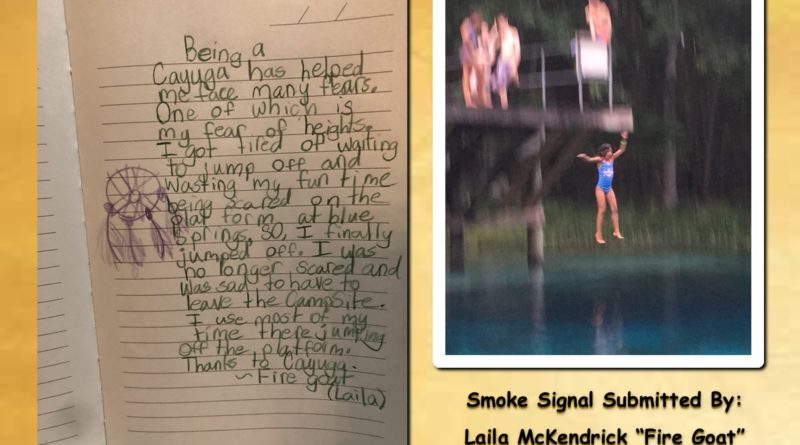 Being a Cayuga has helped me face many fears.  One of which is my fear of heights.  I got tired of waiting to jump off and wasting my fun time being scared on the platform at blue springs.  So I finally jumped off I was no longer scared and was sad to have to leave the campsite.  I use most of my time there jumping off the platform.  Thanks to Cayuga 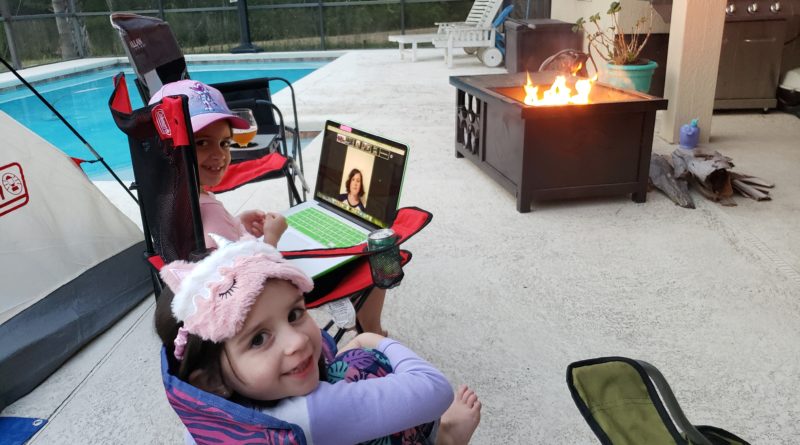 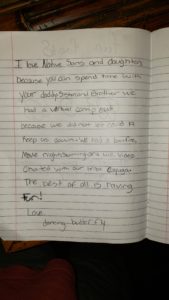 I love Native Sons and Daughters because you can spend time with your daddy, sister and brother.  We had a virtual campout because we did not let Covid  19 keep us down.  We had a bonfire, movie night, swimming and we video chat(t)ed with our tribe Cayuga.  The best of all is having FUN! 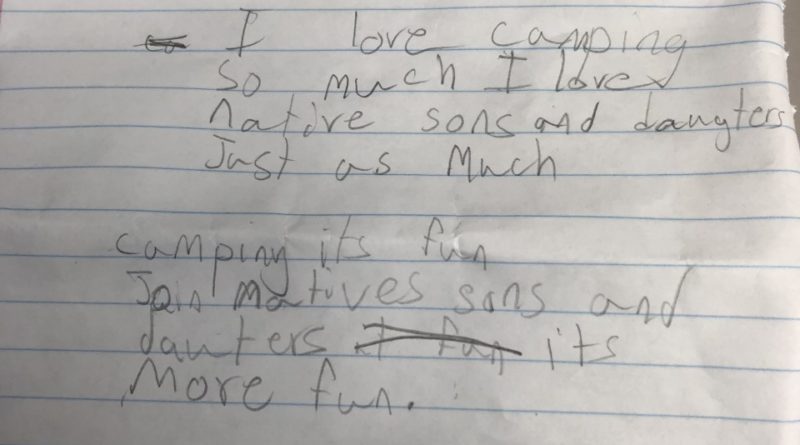 Camping, Camping, I think its fun

Camping, Camping, its for everyone

I love Camping so much

I love Native Sons and Daugters just as much

Federation Chief Big Red with his son Little Big Red joined our TomTom Beater Lion Heart and his daughter Dancing Butterfly as well as War Chief Storm Cloud and his son Brother Wolf to talk about the program with local TV host Rance Adams. The segment was broadcast on Tuesday morning. If you missed it you can see it here

The Native Sons and Daughters program was founded more than 90 years ago as the founders realized the importance of the father/son relationship. The belief was that a father, who did not have time for his son in the formative years, lost much of his kinship with his son.

Joe Friday was a hunter, a trapper and an Ojibway Indian. He was a wilderness guide and his life as an Ojibway Indian helped him bridge the gap between two different cultures with his development and co-founding of the Native Sons and Daughters Program more than 90 years ago. As such, the NSD National Board of Elders has deemed that the highest level of recognition in the program is named after Joe Friday. In today’s world, electronic gadgetry consumes our daily existence. Families face mounting pressures to provide for themselves as well as their children. The Native Sons and Daughters program offers fathers the opportunity to unplug and spend precious one-on-one time with their sons and daughters.

Recently, one of our local fathers was selected for the highest level of recognition in the country in our program.

Early on, I noticed that this man and his children attended almost every outing that the club hosted. This level of dedication was impressive from the very beginning. As such, he serves as an ongoing role-model for other fathers in our organization in developing life-long memories with their children.

He has served as a Tribe Chief, a Nation Chief, on the Recruitment Committee and on the Federation Council. He has also served on both the State and National levels.

He has already volunteered to serve on our upcoming 2020 Sunshine State Pow Wow Committee. This is an annual event attended by some 600 – 800 members of our program who come from all over the state of Florida.

At the local, state or National level, Iron Wolf exemplifies the character traits that Joe Friday himself, espoused more than 90 years ago at the foundation our program. So that you understand the significance of this recognition, less than 15 men in the country have been presented this award.

The Timucuan Longhouse of Jacksonville is most appreciative of Iron Wolf’s ongoing service to our organization and for being selected as a Joe Friday Award winner! 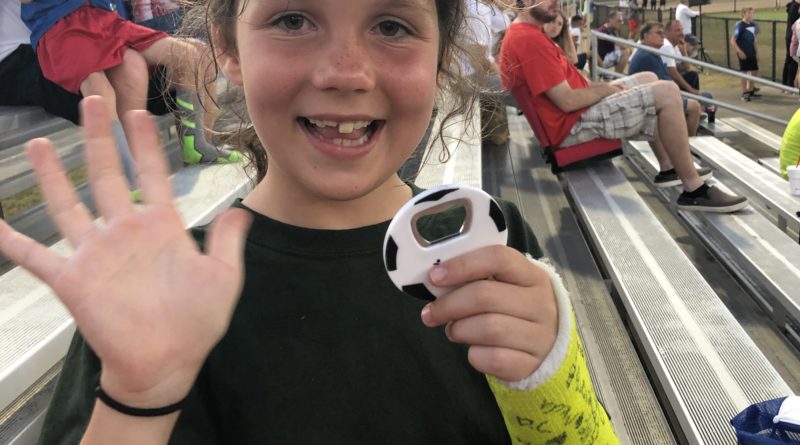 At the Armada game it was so much fun. I watched the game for a while. Then i went to play on the big blow up octopus named squidvishes (Squid Vicious). He is the mascote (mascot) The Armada won 🙂

I think you should come next time. I also got a soccer ball beer opener. I think daddy likes it.

My name is Gemma Masiti. I liked the crab hunt the best. The shark was cool. The donuts was fun – Singing Rainbow Fish (Gemma Masitti)

This camping trip I set up my tent with my Dad. Then I roasted marsh mellows.  The next day I rode my bike and my daddy helped me to shoot a BB gun. It was my first time shooting BB guns I thought it was fun.  We had a scavenger hunt, we also had a skit competition and we won third place. I dressed up as an Indian for the Sacred Fire and traded bear claws for glow sticks it was fun, Camping was so much fun!!!!!!  After camping our tribe went on a canoe trip on the Suwannee River. 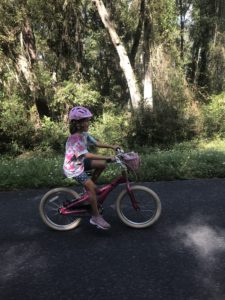 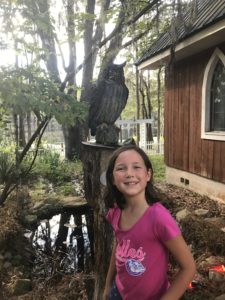 I like having meetings at the homes of different tribe meetings. It is a great time for fun and getting to know the other Sahaptin tribe members. At our last meeting most of our tribe was there, and everyone was busy making small teepees and eating yummy snacks. We also had a fun game of “hide and go seek tag.” It is important to work on reciting the Aims for Native Sons and Daughters at our meetings. At the Spring Longhouse most of our tribe members earned a special bear claw necklace for reciting aims. I love being a part of Native Sons and Daughters and spending time with my dad! 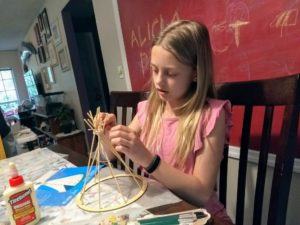 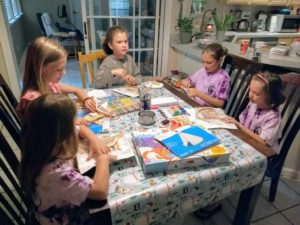