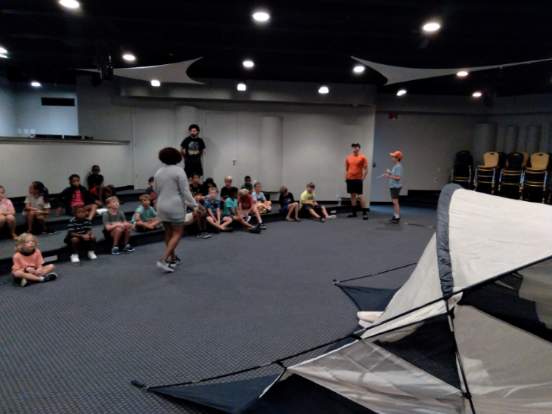 On Monday June 14th Trinity Christian Academy was kicking off their summer program with Camping Week. The Timucuan federation was invited to help out and fresh off the heels of the OWB campout at Ichetucknee, members of the Chippewa tribe volunteered.  Our trusty Medicine Man, Rick “Storm Cloud” Murphy, and his son, Roryn “Brother Wolf” Murphy, demonstrated tent set up for the kids and spoke about the NSD program.  Right as the bell chimed 10 a.m. Storm Cloud admitted he had borrowed the tent he was demonstrating and didn’t know exactly how to put it up. The 3rd, 4th, and 5th graders asked many questions and said they wanted to go camping that day. And there were plenty of volunteers to go into the tent when it was finally set up. 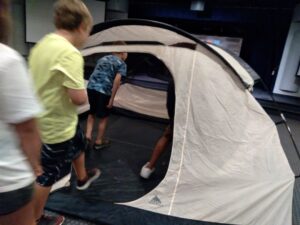 The next group for the demonstration was the kindergarteners and 1st graders, they too had many questions and unrelated comments. They also enjoyed hearing about NSD and received wooden nickels (Seems like we never have enough!).  This group also managed to pack the 4-man tent with at least eleven 5-year olds much like a NSD campout 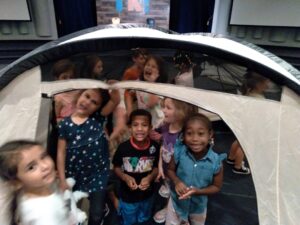 Hopefully some of these kids will be joining a tribe soon 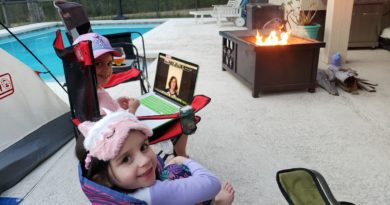 May 31, 2020 Web Spinner Comments Off on Cayuga Virtual Campout 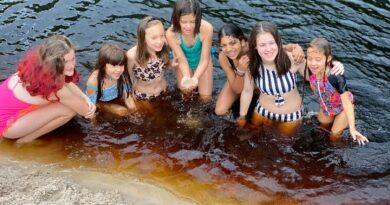 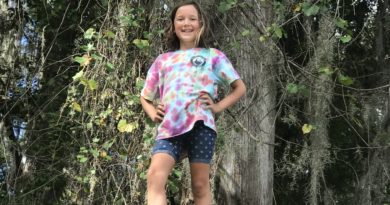