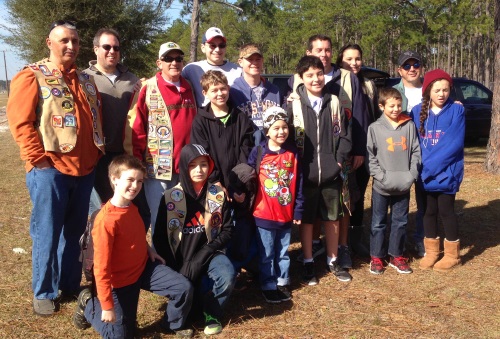 Members of the local Native Sons and Daughters father/child program headed back out to the woods to participate in their Annual Family Campout. Locally named the Timucuan Longhouse, the program is designed for fathers and their children ages 5-12 years old. The annual Suzie Q. Miller Family Campout is unique as it is the one event each year where the kids can invite their mothers to join them and see the various types of activities they participate in all year long with their fathers. This year’s rendition found the tribes migrating to the Ocala Wildlife Conservation Camp. Tom “Amazing Moon” Costanza served as event host and provided a wide variety of activities for all in attendance.

An absolute gorgeous morning welcomed all of the campers and the day began with the raising of the American Flag and the saying of the Pledge of Allegiance. Campers then dispersed to various activities throughout the campgrounds. Some of the children went canoeing on beautiful Lake Eaton with their fathers. From the docks, one could that some of the families intended to race from one side of the lake and back. However, prevailing winds and aching muscles slowed the racers and allowed them to take in the tranquility of their surroundings.

In another section of the park, campers honed their skills on the BB gun and archery ranges. Some of the children were able to use a bow and arrow for the very first time in their lives. Over on the shooting range and under both parent and JSO officer supervision, the older children were taught how to safely handle and fire handguns. A continuous pop, pop, pop could be heard throughout the camp.

By the early afternoon, Amazing Moon brought the tribes together and pitted tribe against tribe in a tug of war. Following that event, he had the braves and princesses line up with their fathers or mothers and begin the ever popular egg toss.

As these two events were occurring, an enticing aroma permeated throughout the camp. Bryan “Big Wolf” Davis had set up his smoker and was busy at work preparing that evening’s feast. We dined on smoked ribs, chicken and pulled pork with potato salad, baked beans, egg salad and were treated to Southern style sweet tea.

After dinner, many of the campers sat by the roaring fire and were treated to an amazing fire-works display put on by Evan “Growling Bear” Quirk. As some of the eyelids started becoming heavy, the dads were already discussing where we might host next year’s event. 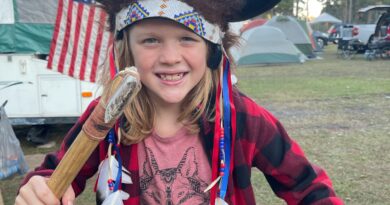 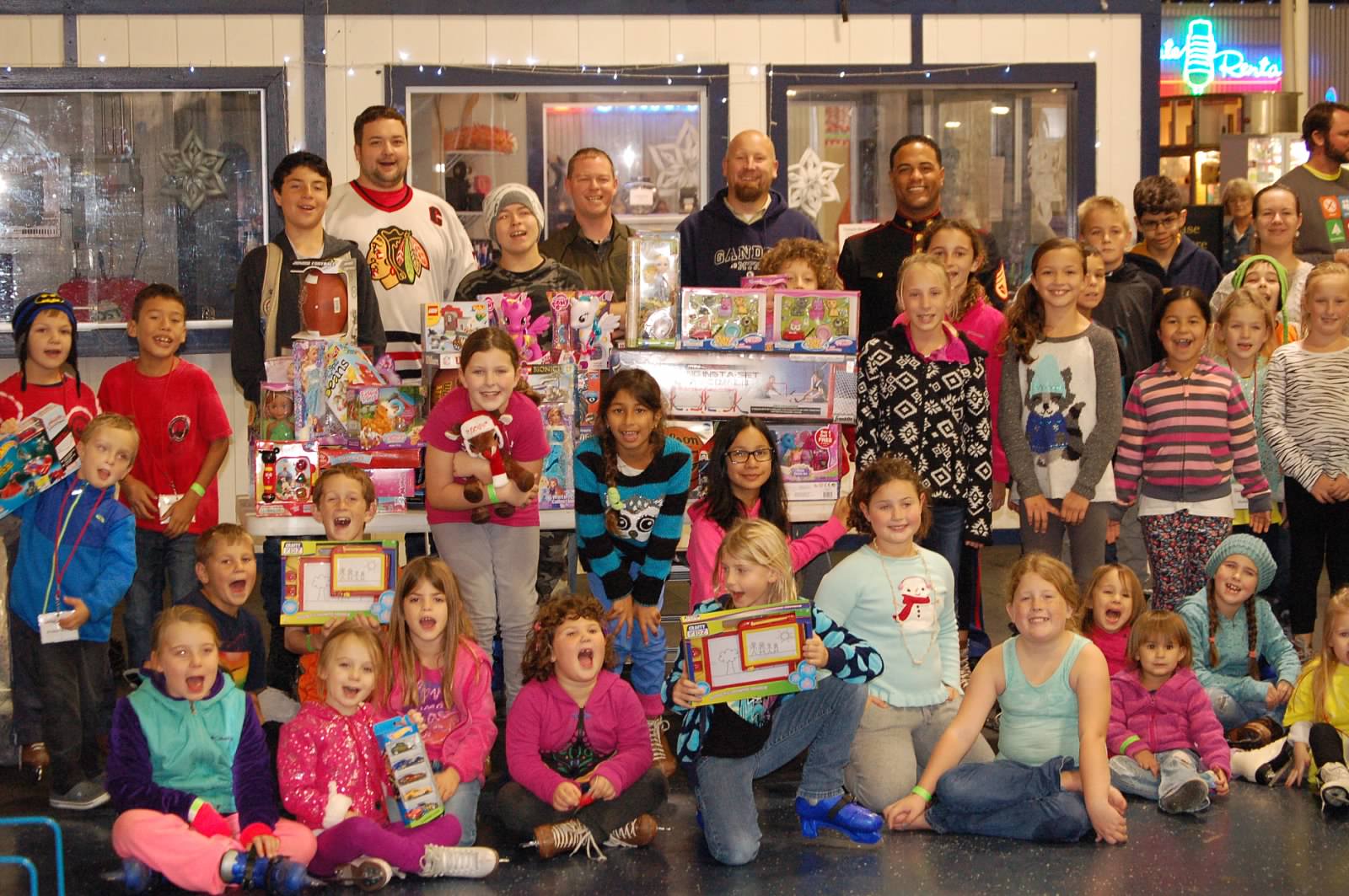