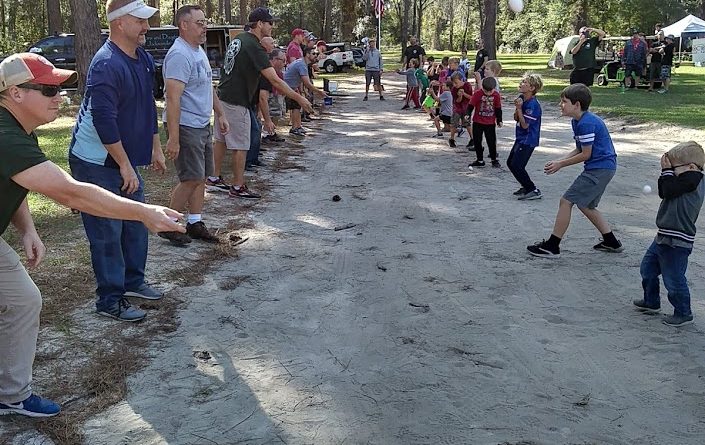 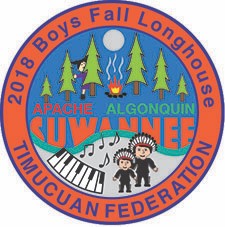 To quote one of my kids’ favorite books, “Wow.  That’s all I can say.  Wow”.  We had 104 big braves and little braves take over the Bird Sanctuary at the Spirit of the Suwannee Music Park for a jammed packed, event-filled weekend.

The Mohican Tribe uncovered and read the true story of “Pallet Man” starting off the weekend Friday night.  Saturday started with with the bb gun and archery ranges in full force. Other activities included egg toss…or hard boiled eggs! as there were numerous drops and no breakage, but as with all egg toss events, there was egg on the face and only one team left standing.  Congrats to Running Champ and Strong Fores and Big Nole and Little Nole.  .  There was a joint tribe effort at lunch between the Kiowa and Oconee Tribes making grilled cheese cheeseburgers. After lunch we face painted, had a “no match or lighter” fire starting competition.  The fire starting competition was intense, with tribes neck and neck hoping to get a lucky spark.  Oconee struck first and held to the lead, with Yuma and Kiowa tied for second! It required a photo finish.  The scavenger hunt was a success with six of the tribes completing their tasks.  The balloon launch contest saw Mohave take an early lead only to have Shawnee pull away with the victory and Kiowa finishing slightly ahead.  For dinner, Ottawa treated us to a Thanksgiving Feast unlike any other.  At least 10 tables lined up with 4 smoked and fried turkeys along with side dishes from the tribes.  “One of the best meals I’ve ever had” was heard throughout the Longhouse. The campsite review was intense this year, all tribes stepped up their bribery skills and Chiefs Peterbilt and Crockwater had difficulty scoring tribes on their campfire, appetizers, specialty drinks, display of American Flag, tribal regalia, and overall camaraderie.  All tribes did a great job and Mohican was making tribal property while camping!! But this years winner was Shawnee with a score of 27 out of 30.   The Acorn Ceremony at the Sacred Fire had many, many new faces who pledged to be “Pals Forever and Friends Always”.  The Great Spirit showed his pleasure by sending the forecasted rain north away from the banks of the Mighty Suwannee.

Also, at the Spring Longhouse, a passing of the headdress will happen with Iron Wolf taking over as Apache Nation Chief!

Looking forward to seeing you all in the Spring at Hannah Park for our 2019 Spring Longhouse! 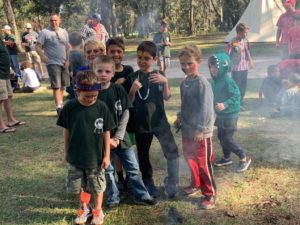 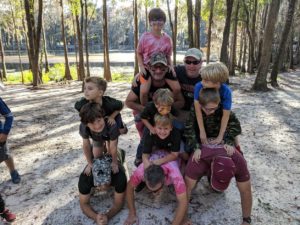 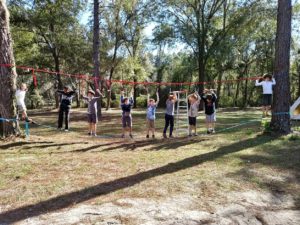 Annual Kite Fly at the Beach 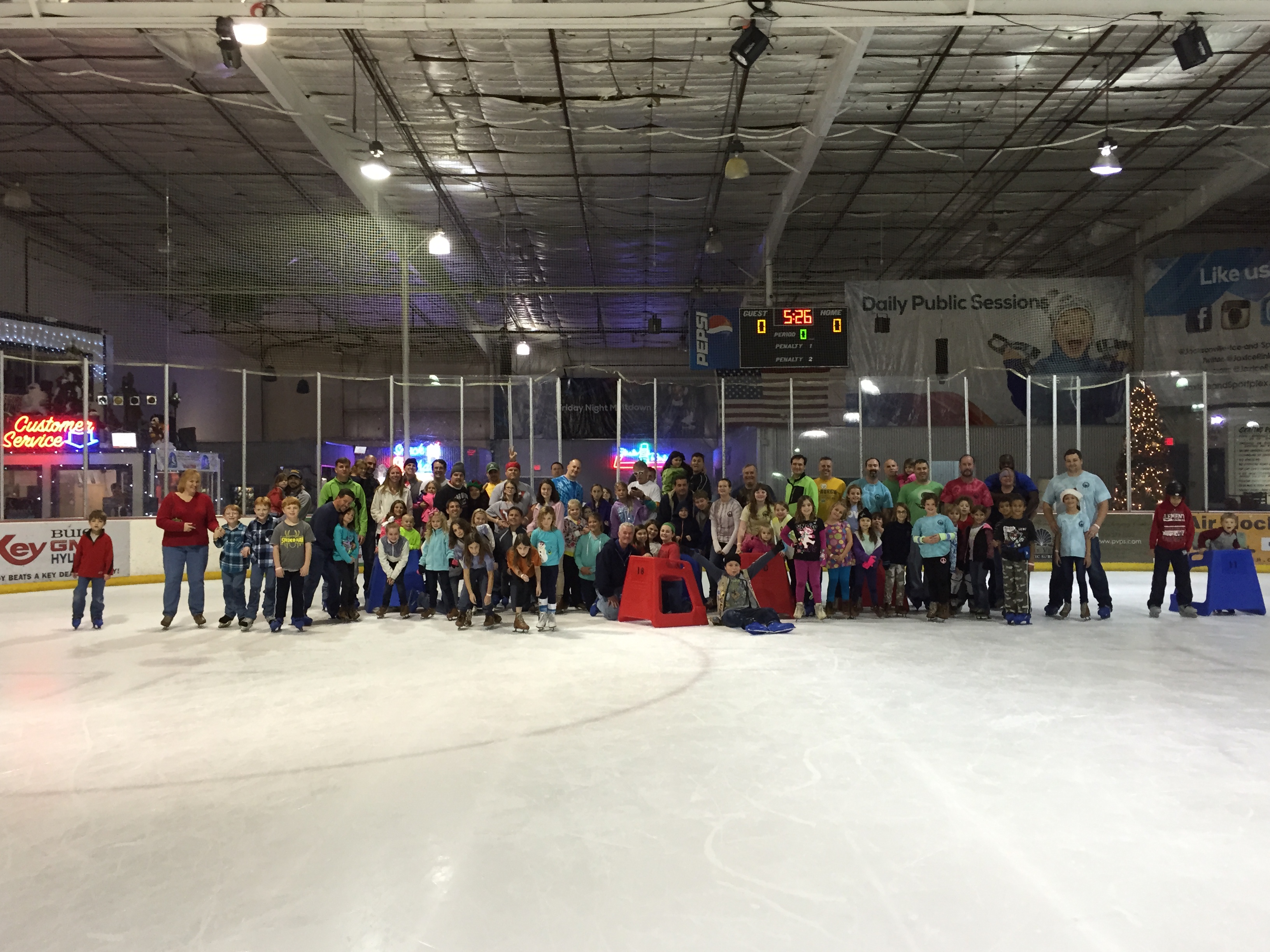